How people are reclaiming Internet freedom with Orchid, from Dubai to Ukraine to Venezuela

Orchid's mission is to help restore privacy to the Internet so people can explore freely. Because we respect our users' privacy, we don't collect any data on them -- we don't even know how many there are out there. But since we launched late last year, we have been inspired by the stories that Orchid users across the globe have chosen to share with us.

Whether it's for a Middle East business trip, to access sites blocked in an armed conflict, use services unavailable in your country or simply to avoid surveillance over an airport WiFi, people are taking advantage of Orchid's unique VPN marketplace to use the Internet the way it was meant to be. Take Viktor (all names are pseudonyms to preserve the privacy of our users) who was born and raised in Kiev, the capital of Ukraine. Viktor's Internet is restricted due to sanctions in the conflict with Russia over swaths of the eastern part of the country. More than 450 Russian firms have been blacklisted by Kiev since Moscow's annexation of Crimea in 2014 and the ensuing pro-Russian separatist uprising in the east. But this year, Viktor has been using Orchid to help him move around the city and avoid traffic jams with the Russian-based app Yandex Maps. And now he can keep up with the latest film news by accessing another Russian site -- Kinopoisk. For Viktor, this has nothing to do with geopolitics but simply the quality of service online, so he can find the most accurate information and the smoothest user experience. 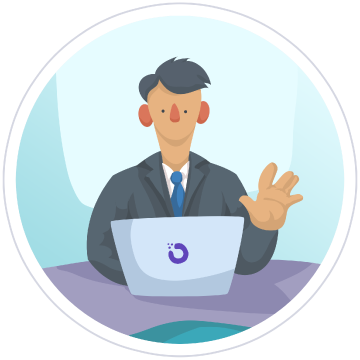 But if Orchid helps Viktor enjoy his leisure more, choosing a film and getting to the cinema on time, for Chan, it's strictly business. Chan is used to traveling for work and has colleagues and contacts spread around the world. That means -- even before Covid lockdowns -- he would spend much of his day on video-conferencing calls on his phone or laptop. Chan is based in Hong Kong and, earlier this year, was glad to find some respite abroad from the city's protests at a networking event in Dubai. But despite its reputation as a "smart city" that craves high-tech and innovation, Chan was surprised to find that Dubai blocks many international telecommunications services from operating freely. Chan recalls how he and his fellow attendees suddenly needed a VPN service to allow them to access what normally was a simple connection to chat via video with colleagues in other time zones. He says the simple Orchid download process helped the visitors access the VPN marketplace and make their calls so that "business as usual" resumed. 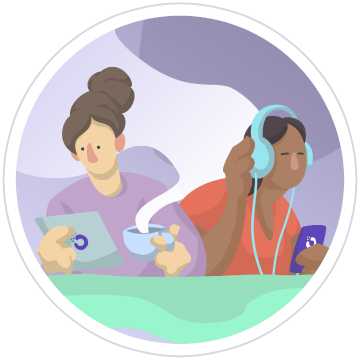 Travelers do benefit from Orchid if Jamie from Seattle is anything to go by. Whenever she is on a public WiFi at an airport or a cafe, she switches to a VPN service via Orchid. Jamie says she uses Orchid “just to secure the communication, like if I have to use any app that concerns my finances.”

And what if your favorite music streaming service is not available in your country? Spotify has almost 300 million users worldwide but there are dozens of countries, particularly in the world’s poorest regions, where the platform is not established. Venezuela may be going through one of the world’s longest economic crises, but, like so many in the South American country, Yulitza is resourceful. She says she turns to Orchid, and the music goes on.

We are grateful to our users for sharing their stories, and humbled by the ways Orchid is helping to restore the Internet as a place where people can stay curious and explore freely.

What does a VPN hide?

What is split tunneling?

Why Ordinary People Are Turning to VPNs