What the global VPN market’s explosive growth means for Orchid

The global VPN market, currently valued at US$29.2 billion, is projected to grow to almost $90 billion by 2027 -- an annual growth rate of over 15%. VPNs are one of the fastest-growing areas of the technology space, as well as of the global economy more broadly. There are now more than 1 billion VPN users around the world, and this number is poised to multiply.

People are turning to VPNs for reasons as diverse as their own lives, livelihoods, and interests. While Orchid is designed to be unable to collect data on users, a few have been kind enough to share their experiences using the app in various countries around the world. Their reasons for using Orchid range from needing reliable video conferencing to finding their way around town, to listening to their favorite music. Businesspeople use VPNs to protect sensitive information while connected to public wi-fi, and journalists use them to stay safe in dangerous parts of the world. What they all share is a desire to use the Internet freely, no matter where they are or what they do.

While individual reasons vary, a key factor driving VPN growth everywhere is the expanding use of mobile and wireless devices around the world. Our lives are increasingly digital, connected, and mobile-first, with almost a million people accessing the Internet for the first time each day. In a world reshaped by a pandemic that has forced so much of life into virtual spaces, the need for online privacy has only grown more urgent. Yet though large majorities say online data security is important to them, the vast majority also feel powerless and vulnerable when they use the Internet.

So it should be no surprise that the VPN market is seeing such explosive growth. Demand for VPN providers is global, with millions of users across the world's leading economies. Yet despite its rapid expansion, the market has an enormous amount of room to grow. Although a large and growing number of people now use a VPN at least occasionally, the market is far from saturated. In no country do more than a third of Internet users report using a VPN in the past month, and in most places the number is less than 20%. With an estimated 4.3 billion Internet users around the world -- a figure that grows by the day -- billions of new people may begin to seek out VPN service in the next few years. 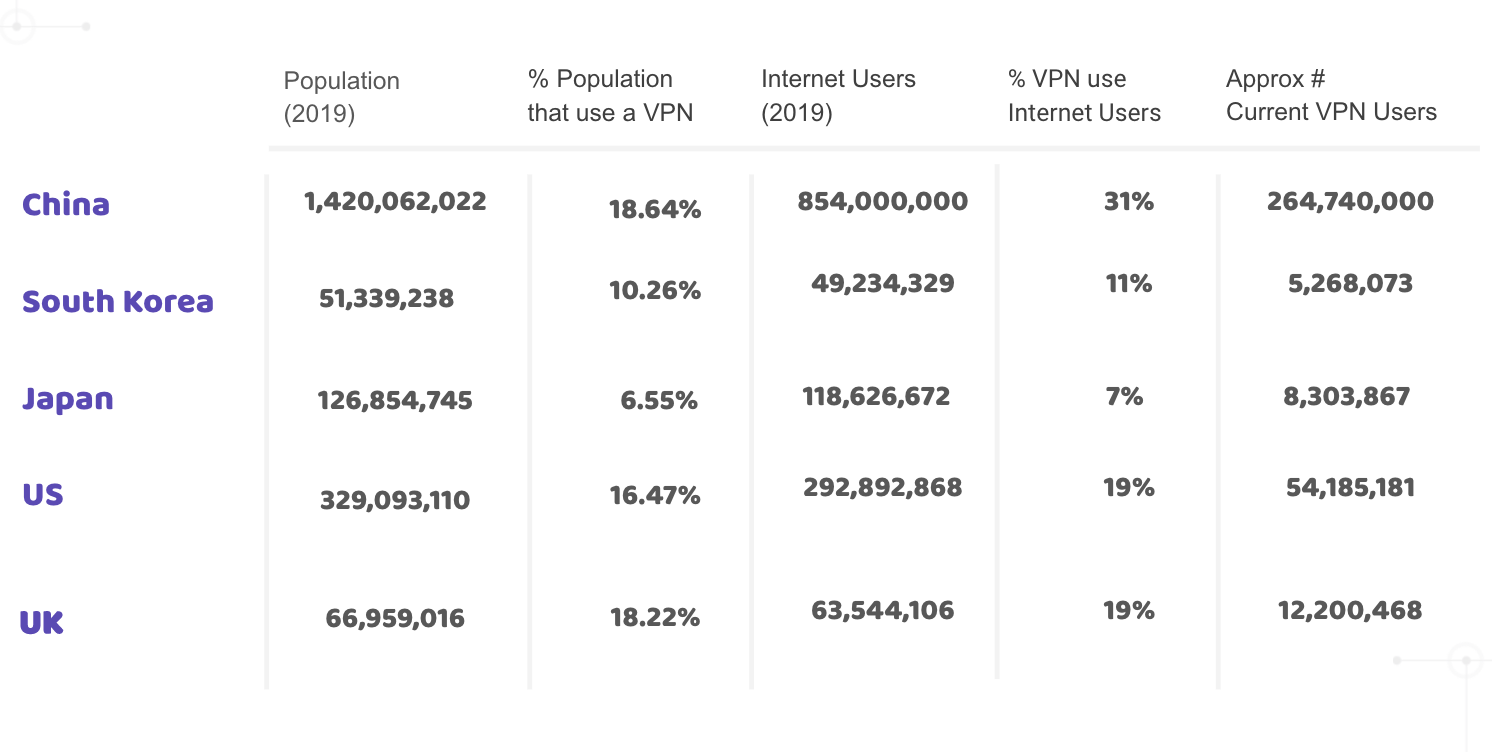 As demand for VPN service grows over the next several years, Orchid's unique, decentralized marketplace is positioned to offer the swelling ranks of users the bandwidth they need, when they need it. Orchid allows people to use the services of multiple leading VPN providers, including LiquidVPN, PIA, Tenta, Boleh, and VPNSecure, and even combine them by configuring multiple "hops."

Service on Orchid is is pay-as-you-go, and the network's system of probabilistic nanopayments matches supply with demand while obfuscating users' payment information. By combining the best privacy innovations with unique incentives for bandwidth providers, Orchid is able to offer people the strongest level of online privacy currently available. Perhaps most importantly, Orchid is friendly and easy to use. Just download the app and purchase an Orchid credit to get started -- no wallets or cryptocurrencies needed.

Privacy is booming, and Orchid is leading the charge

The global VPN market stands poised to grow exponentially over the coming years, driven by increasing volumes of digital activity, particularly on mobile devices. Orchid is ready to meet this demand, offering people the strongest Internet privacy with friendly, easy-to-use apps for mobile and desktop. Privacy is Orchid's mission, and we're using the most innovative technologies to build a VPN marketplace that meets the needs of the global Internet community. This is big, and it's just the beginning.

Download the Orchid app to start exploring the Internet freely.

"Data Creep" and the ever-expanding universe of targeted ads

How to completely clear your web browsing history